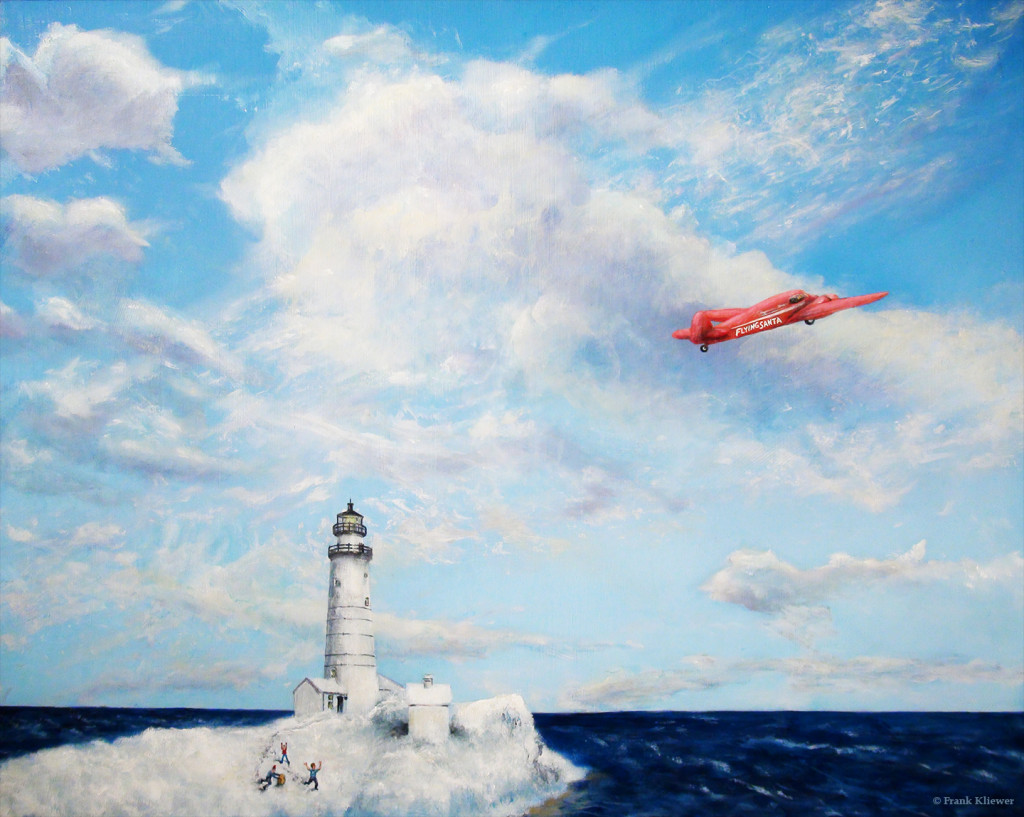 One of our favorite lighthouse traditions is the story of a man who showed uncommon respect for the Light Keepers and their families. Capt. William H. Wincapaw, known as an adventurous and skilled Airman, unknowingly began a tradition in 1929. He was just a guy who wanted to bring holiday cheer to the lighthouse keepers along the East Coast by dropping packages of toys, coffee, shaving supplies, and snacks around Christmas time. He soon became known by the Light Keepers as the Flying Santa. Over the decades the planes and pilots changed, but except for a break during World War II, the practice continues today, now by helicopter.

Frank wanted to pay respect to the tradition and special tribute to the new Airman in the family, his grandson Griffyn. So, the 30” x 24” acrylic on wood panel painting was produced and added to Frank’s lighthouse series. The lighthouse seen in this painting is the Boston Light. This is the site of the first lighthouse built in the United States, dating back to 1716, with the current one in the painting built in 1783. This painting honors those who have shown special care and concern for the all-important Light Keepers, as well as remote Coast Guard outposts.

We thank all those who bless and protect us with their courage.